Every girl has her breaking point and Raven is no different.

New from Brandi Evans, book 2 of the Restrained Fantasies series,

Check out this amazing trailer

I’ve spent my life depending on one person: myself. I’ve learned the hard way other people will only let me down. I’ve worked for everything I have, but thanks to my drug-addicted mother, I’m about to lose the one thing I’ve craved for years.

I can’t sit by while Raven, a recurring figure in my fantasies, is in trouble. She gets under my skin in ways I can’t fight, but emotions are dangerous. I learned that the hard way.  Is getting close to Raven a mistake? 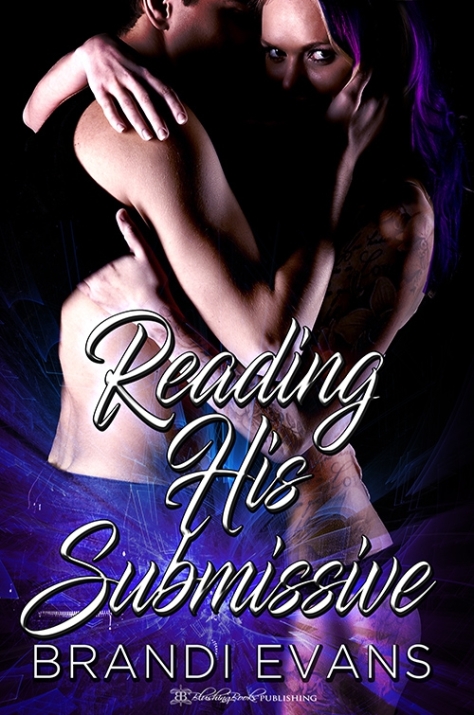 Here is an exciting excerpt from the author:

“Hey, Raven, wait up!” Someone forced their arm through the sliding doors and kept them from closing. When they opened again, she found herself staring at the handsome face of Carter Burkes. And her libido jumped to immediate attention; it usually did when he was around.

The sexy cop might be close to ten years her senior, but he wore his age like a badge of honor. Defined biceps and triceps bulged from the sleeves of his black T-shirt. The cotton stretched over his trim torso in all the right places, and his leather pants did little to cover the contour of muscular legs she’d admired more than once in the club.

A few strands of gray decorated the hair at his temples; otherwise, the perfectly messy brown locks appeared thick and lush. More than once, she’d had to squash the temptation to bury her fingers into the strands just to see if they were as soft as she’d imagined.

A day’s worth of growth covered his cheeks and square jawline. And damn those dimples. Why’d they have to amp his fuckability to stupid levels? Didn’t she have enough shit to worry about?

Carter did a double-take.

Raven stepped into the dungeon anxious out of her mind. She stood with her arms crossed, her spine as rigid as the stone walls surrounding them. She was fidgety too, both hands and feet as if she were fighting the urge to run, and her soulful eyes were dark, pupils wide, and swimming with fear. None of her anxiety, however, affected him more potently than the sight of her decked out in full bondage gear.

Be still his throbbing dick.

A blood-red corset wrapped her torso, accentuating her curvy figure and lifting her breasts to a point where they commanded absolute respect and undivided attention. On her feet, she wore a pair of black combat boots with a flair of decoration; sexy leather-and-rivet straps wrapped the ankle. Talk about submissive perfection.

It was the parts between the corset and the boots, however, which drove him to the outer edges of sanity. A cutoff jean skirt showed off thick, powerful legs wrapped in wide fishnet stockings. The ensemble played with his mind, and the black four-poster bed behind her only added to the picture.

She was a fucking powerhouse. What would those strong legs feel like locked around his waist as he rammed into her? The mere thought had his cock swelling to full attention behind the zipper of his leathers.

This would be an agonizingly long class.

Adjusting himself before taking a step, his boots soft against the tile floor, Carter went to her. “Wow. Just… wow. You look positively edible.”

A smile broke through her obvious discomfort. “Thanks. Viv took me shopping. I wasn’t sure I could pull this off, but she insisted.”

“And I’m so very glad she did.” He made a twirl-for-me motion with his index finger. “Turn. I want to see the back.”

She hesitated a few heartbeats before complying, and he had to bite his lower lip to keep from groaning. He’d always admired her ass when she’d been behind the relative safety of the bar. He’d ordered many a drink for the sole purpose of making her squat and stretch to reach seldom-used bottles of alcohol, putting her round ass on full display, but now, no bar stood between them, just a small swath of skin-tight denim.

“I’m going to touch you,” he said matter-of-factly as he stepped around her and stood toe-to-toe. “Before anyone gets here, so you can, at least, feel a little more comfortable with me and your role in class.”

Yeah, comfort was the reason he wanted to touch her.

What a yummy excerpt! If you’d like to know more about Brandi, here is a bio on her and some links to check out.

Brandi Evans was raised by a caravan of traveling Gypsies. She spent her days learning the ways of her people and her nights lost in legends as old as time. Okay, not really, but that’s way more interesting than the truth!

n reality, Brandi grew up the oldest child of an ordinary family. Grade school, middle school, high school. Nothing extraordinary happened until she left the nest. She joined the military, went to college, got married, and became a mom. And somewhere along the way, she discovered she liked to read—and write!—stories hot enough to melt eReaders.

ENJOY THE GOLDEN GLOW OF ROMANCE